The world of cryptocurrency has come a long way since the early days of 2000. Back then, the idea of a Central Bank Digital Currency (CBDC) was a distant dream, and the concept of a private blockchain was still in its infancy. Fast forward to 2021, and Norway is leading the way in the development of a CBDC, using a private version of the enterprise blockchain Hyperledger Besu.

The Norwegian CBDC is being tested on a private version of Hyperledger Besu, rather than the public Ethereum ecosystem. This is a significant step forward in the development of a digital currency, as it allows the Norwegian authorities to test the technology in a secure, private environment.

The use of a private blockchain also has its drawbacks, however. As the technology is not open source, it is more expensive to develop and maintain, as the Norwegian authorities will have to pay for the services of a blockchain development firm. Furthermore, private blockchains are also less transparent than public ones, which could lead to a lack of trust in the new currency.

The development of a CBDC is a complex process, and the Norwegian authorities are taking the right steps to ensure the success of the project. By using a private blockchain, they are able to ensure the security and reliability of the technology, while also allowing them to maintain control over the technology. By doing so, they are paving the way for a successful launch of the Norwegian CBDC. 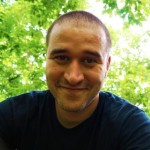